Mr. Stewart is experienced in providing single-point-of-contact administration of multi-market real estate assignments for national and regional corporate clients. He has also played an integral role in the conception and implementation of various business plans to assist clients in acquisitions, dispositions, build-to-suits and sale-leaseback transactions. He began his career with Pearson Commercial, a division of Pearson Realty, in 1999 after spending 30 years with CB Richard Ellis Inc. After a successful sales career, he was promoted to managing director of the Fresno CB Richard Ellis office, where he guided the sales staff to more than doubling office revenues in four years. He has also tripled the revenue at Pearson Realty.

An active industry and community leader, Mr. Stewart's extensive roster of memberships and honors include:

Mr. Stewart attended the University of Southern California, where he played baseball, and was selected for the 1966 Coaches All-American College Team and the 1966 All College World Series Team. After graduating with a Bachelor of Science degree from the school of business, Mr. Stewart played professional baseball for three years before starting his career in commercial real estate. 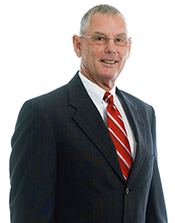