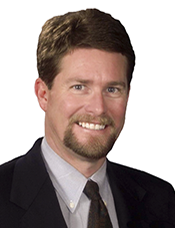 Walter C. Smith is a Senior Vice President at Newmark Pearson Commercial. He has been with the firm since 1995 specializing in land acquisition, contract negotiations, retail properties, investment sales and leasing, and ground-up development. Mr. Smith has earned many sales accolades during his career including CoStar Group “Power Broker” award, Salesperson of the Year, Top Retail Sales Producer for numerous years (2001, 2002, 2006, 2007, 2008, 2009) and “Circle of Excellence” award placing in the Top 30, nationwide, of 680 sales professionals in 54 of Newmark affiliate offices for Transactions and Services.

Mr. Smith’s commercial real estate career began in 1987 as a retail specialist at CB Commercial Real Estate Group, Inc. in Fresno where he specialized in leasing numerous grocery/drug shopping centers in California’s Central Valley. This specialization was complimented by representing national and regional tenants in their expansion plans throughout California and numerous ground-up retail developments.

Mr. Smith’s decision to specialize in retail properties was a natural fit given his retail and management background. Mr. Smith is a fourth-generation member of the family-owned “Walter Smith Menswear” that operated in the Fresno area for 68 years where he managed all facets of the Fresno Fashion Fair branch prior to beginning his career in commercial real estate.

In recent years, Mr. Smith has developed a close working relationship with the single-family residential home building community and is actively engaged in several key developments.